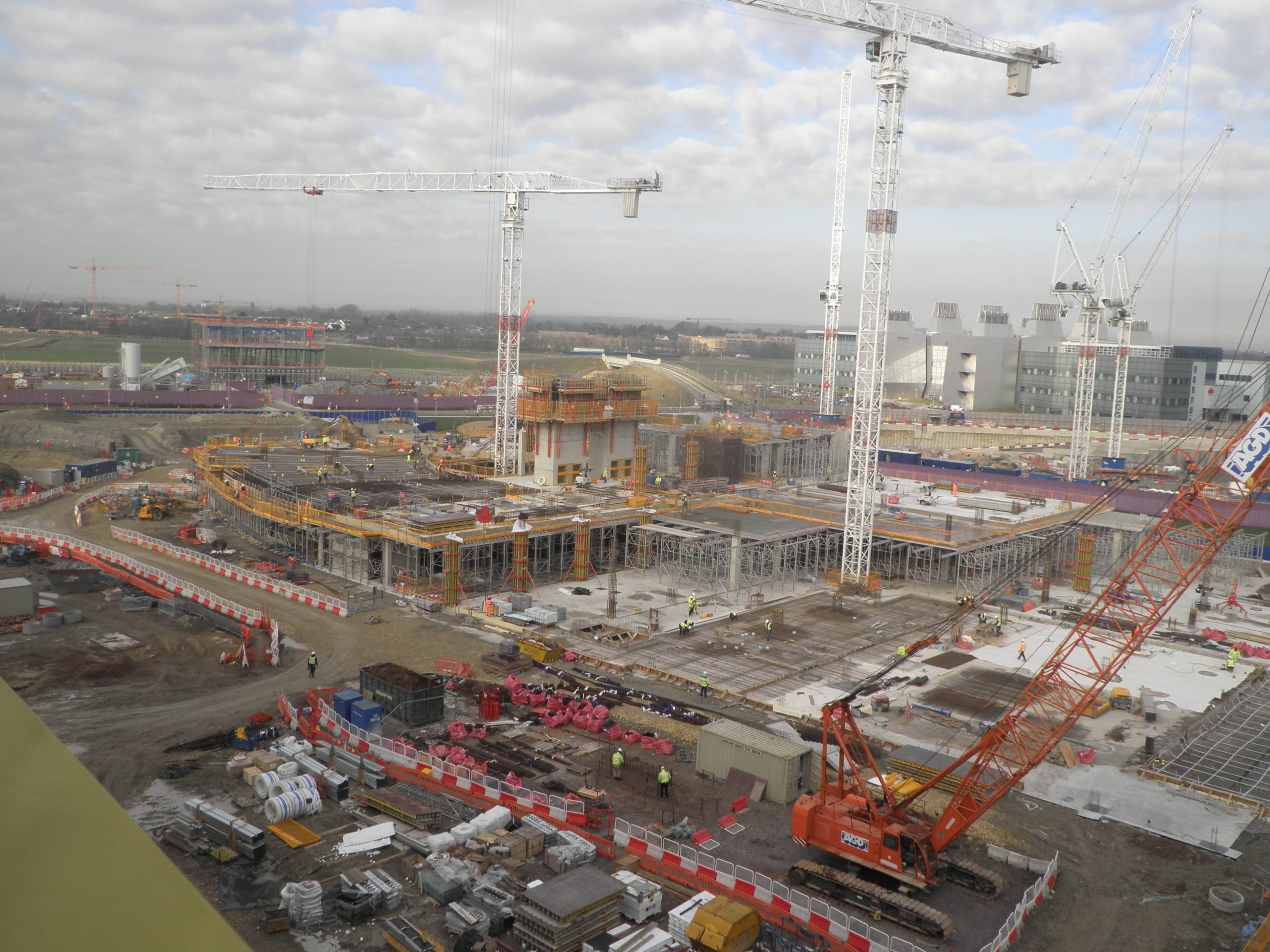 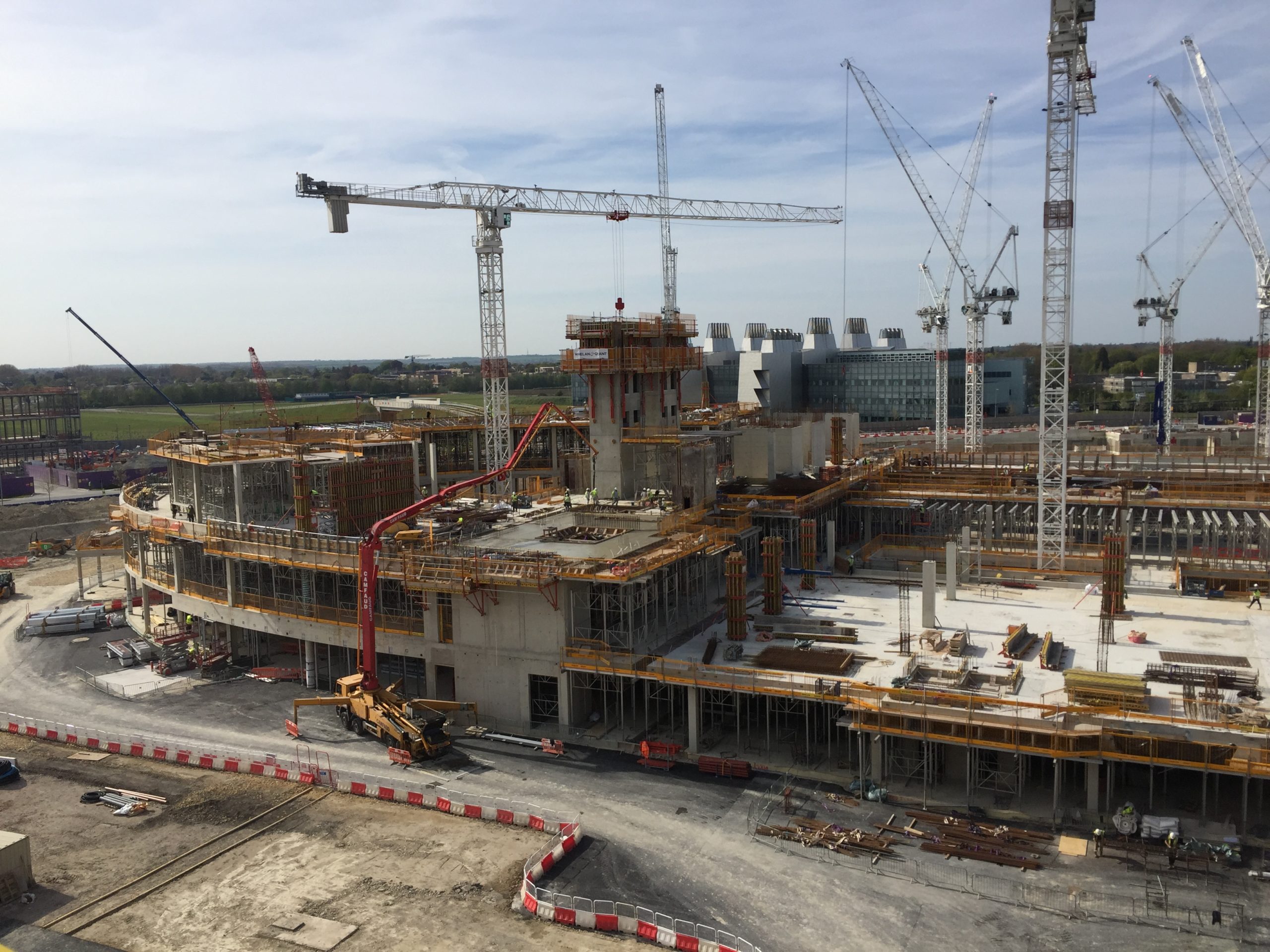 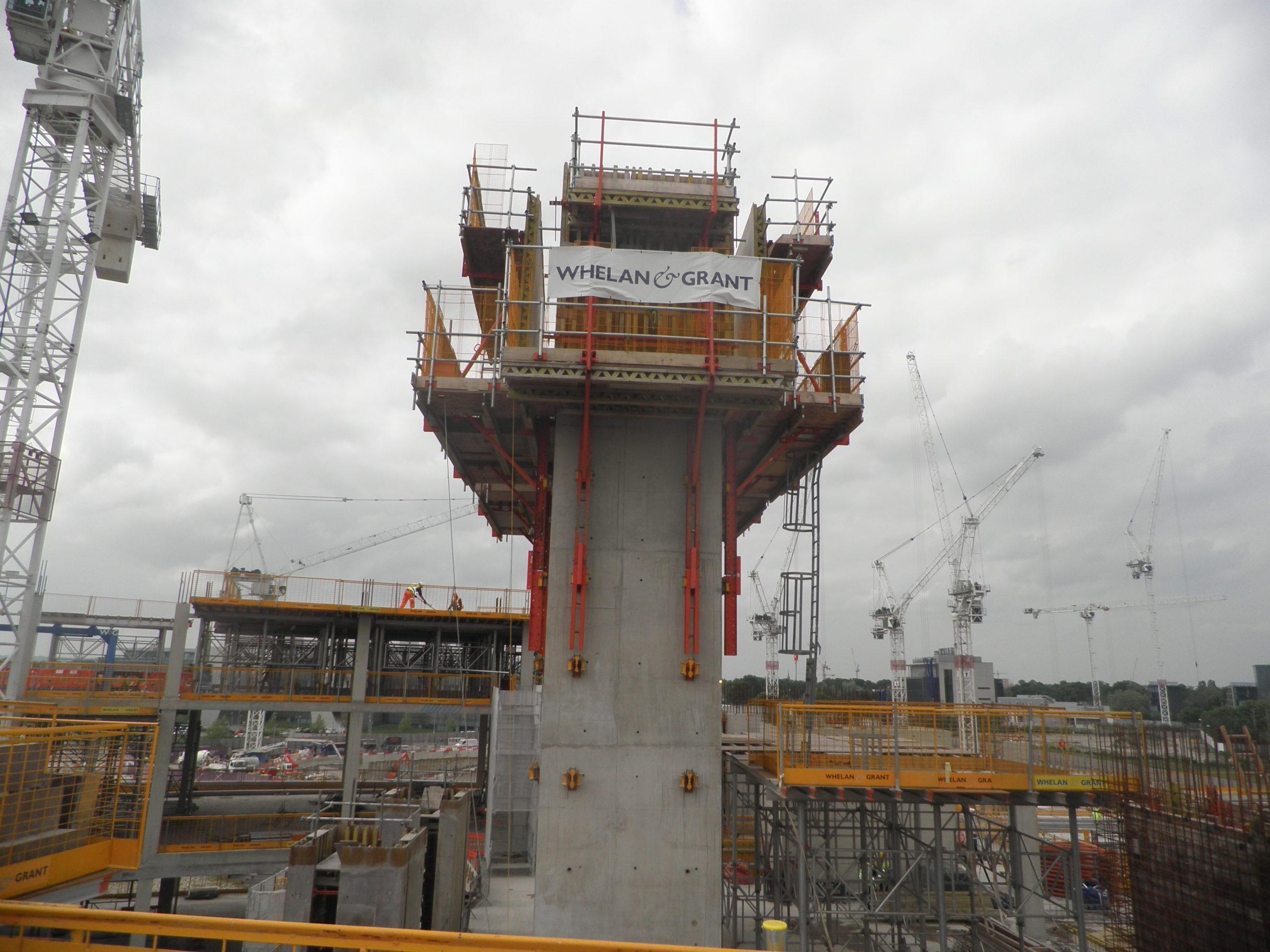 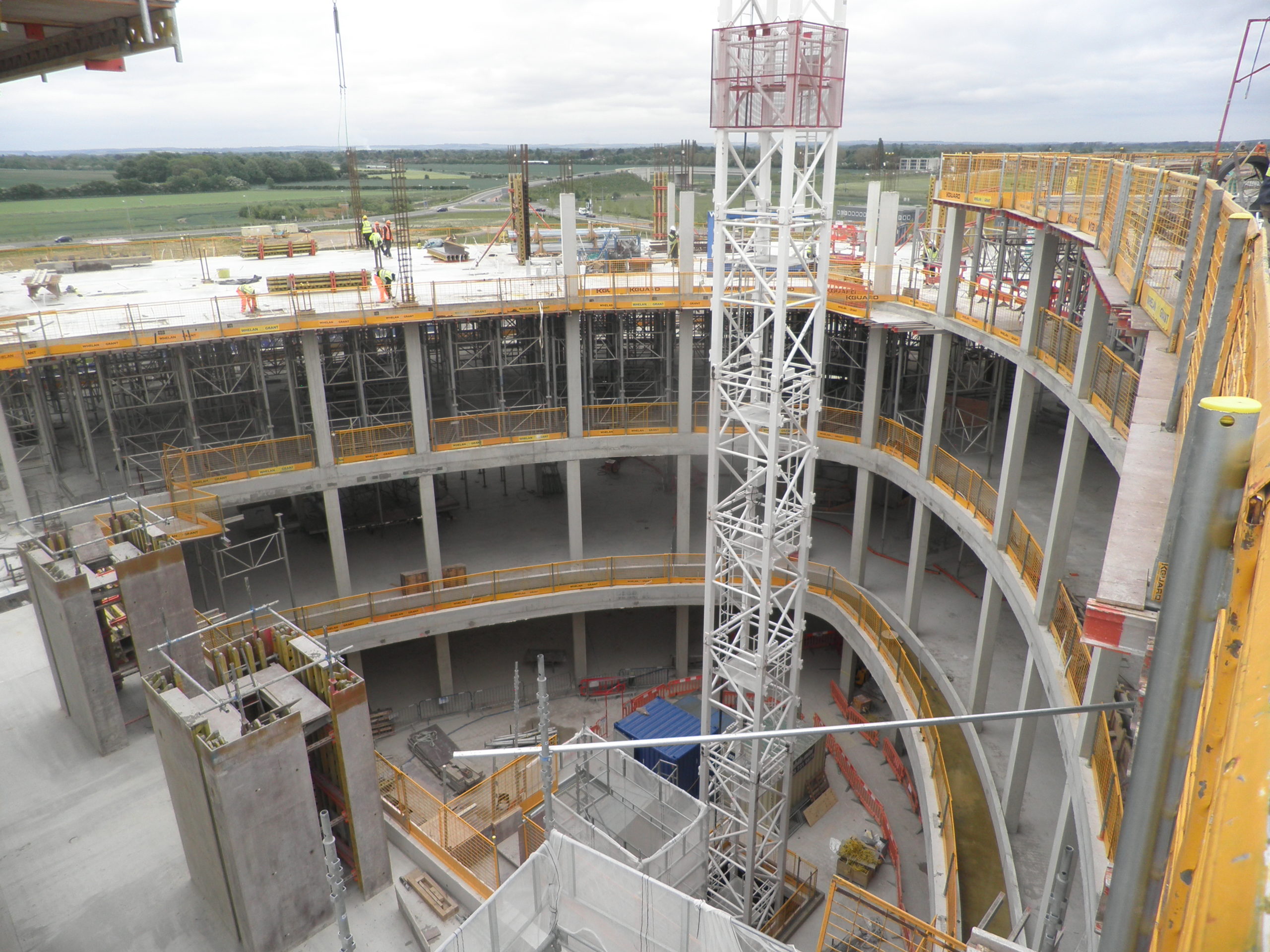 Our involvement in the project started with the construction of a full, watertight basement of the hospital. This included providing and installing a water and gas tight membrane under the waterproof concrete slab.  As the project progressed out of the ground, post tensioned slabs were wrapped round the central in-situ cores to form two spectacular semi-circular towers.  There were several difficult aspects to the build, not least the sizable PT transfer beams required to achieve the architectural layout further up the building. It was only by intense coordination between the design and construction teams that such a cutting edge new facility was realised.